Should I Tell My Fiance I am Bisexual? 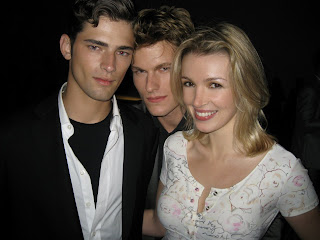 Q:
I have always been sexually attracted to both men and women. However, 90% of my sexual fantasies involve women. But I have never really connected with women on an emotional level, so I have never been in a relationship with a woman, though I have fooled around.
I have never told my fiance about this. A long time ago bisexuality came up and he said something like "I couldn't be with a bisexual woman because I would worry I wasn't satisfying all of her sexual needs and desires." I haven't mentioned it again, though admittedly I feel guilty when I masturbate thinking about women. I worry I am not being true to him and that if he found out he would think of me differently.

Should I tell him?

A:
Yes, tell him. Even though you say you're far more attracted to men then women, as he said, he'd always wonder. And you apparently have nagging little doubtful thoughts too, all of which may be warning lights for any marriage. Besides, it isn't fair to either of you to hide it. Marriage = all the cards on the table.
I guess the real question is, if 90% of your turn-ons involve women, what does marrying a man bring to the table for you? Why would you want to marry a man, if you have such strong tendencies towards women?
It's a bad idea to hide such a basic fact about yourself from someone you are going to marry. He should be on board with all of you if it's going to work. I think that his statement that he could never be with a bisexual woman may have been a glib remark and not a carefully considered concrete decision. Especially if he's never knowingly dated or been close to someone who was bisexual.
The conversation will illuminate some important things about trust in your relationship. He needs to trust that you are fully committed to him (despite his weird ideas about bisexuality), and you need to know if he can be trusted with your truths, however painful they might be (to him).
In a way, you should probably tell your guy about this for your own sake. It's a case of "speak now or forever hold your peace". Do you really want to spend the rest of your lives together keeping this secret, which is not just any secret but a basic, central fact about your real nature, which you can never divulge for fear of what he'll do and/or because he might react very negatively to not having been told before you got married? You need him to accept all aspects of you. It wouldn't be fair to either of you in the future if you don't.
If 90% of your fantasies are about women you may consider the possibility of being pretty damn close to being a very frustrated lesbian. Just because you haven't met the right woman yet doesn't mean the emotional component can't happen. If you marry this man without discussing this first, you will eventually feel trapped and resentful. If he can't accept you for who you are, then this marriage isn't going to be good for either of you.
You say that he told you he could "never be with a bisexual" - but doesn't this bit of information condemn part of who you are? I once dated an atheist man who had an axe to grind with agnostics: I am agnostic, and it became such a large point of contention that it helped drive a wedge between us. And we were just dating; you guys are getting married. That's a great big window within which your fiance could privately seethe about not being able to "satisfy your sexuality."
So my vote is "tell him". Get this out in the open now so you can both deal with it. Because if the two of you can't deal with it, it's better you find that out now than ten or fifteen years down the road, especially if by then you have a couple of small children. I know a bisexual woman who has been married for 20 years to the same man, who is ignorant of her bisexuality. It is a sad state of affairs and does nothing positive for their relationship, I assure you.
If your goal is staying with your fiancé no matter what, you shouldn't tell him. If you want to live an open, fulfilled life, possibly with your current fiance, then yes, you should tell him. Ultimately the choice is up to you. However, think carefully about your reasons for the decision you make. It will affect the rest of your life, for better or worse.
If you have questions to ask, submit them to www.meetbi.com.