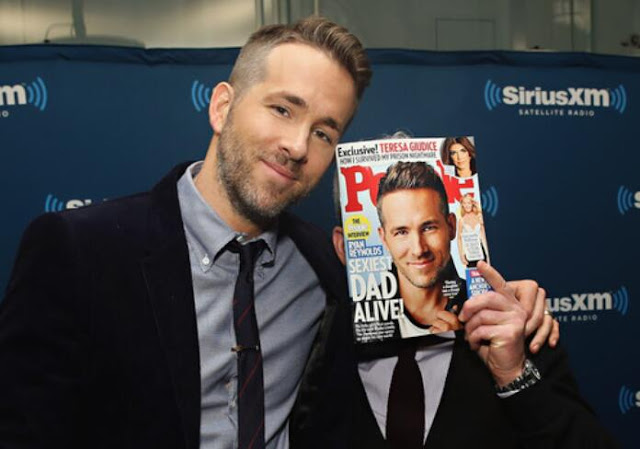 Ryan Reynolds is sexy, 40, married and has a daughter. He’s been very gay-friendly in interviews in the past, and isn’t afraid of playing gay characters, nor kissing guys in public.

He also stars in “Deadpool,” as an anti-superhero which the creators say has sex with any adult he can find. It’s not so explicit in this version, but Reynolds can’t wait for the sequel, and he’s ready to lip-lock with any dude.

Here’re why he’s just perfect for the part. 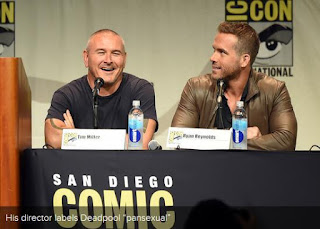 Director Tim Miller, actor and actor Ryan Reynolds spoke onstage at the 20th Century FOX panel during Comic-Con International. The “Deadpool” director points out that the comic book character based on the film is someone who sleeps with any adult he could find.
The character was created by Rob Liefeld and Fabian Niceieza many years ago.
They had been dogged by the character’s sexuality for years. The character’s brain waves are in flux and that’s why he is sometimes gay and sometimes not. He has flirted with Thor and Spider-Man.
Nicieza said, “He can be gay one minute, hetero the next, etc. ALL ARE VALID.” 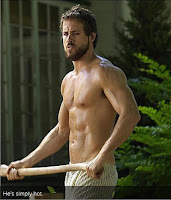 He’s still sexy shirtless. He’s a 6-foot-2 Scorpio with 10 1/2 size shoes, and at 40 still works out six das a week. He was named Sexiest Man Alive at least three times in People magazine, and appeared on the cover of the gay magazine The Advocate.

He seems to love flirting with guys, or playing gay. To promote the movie “Change-Up” Reynolds acts like he’s seducing co-star Jason Bateman for a journalist. He also seems to do it pretty realistically.

He has had experience with bi folk before

For a long time Reynolds dated Alanis Morissette who has spoken a lot about having same-sex relationships in her past. Then, he was married to Scarlett Johansson, who shared a kiss with the bisexual character that won Penelope Cruz an Oscar in “Vicky Cristina Barcelona.”
Now, he’s connected with Blake Lively whom he hooked up with while playing his other super hero character “Green Lantern” in 2010. Their daughter was born in 2014.


He’s wild(er) about being gay

Reynolds got his start in the hit “Van Wilder” where he’s the stud on campus. Every girl wants to have sex with him and every guy wants to be him. Check out this fan re-edit of some scenes in “Van Wilder” that puts quite a different spin on his character.


He has done nudity before and wants more 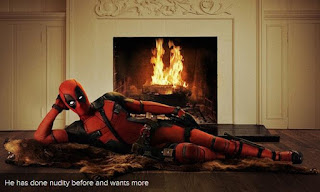 Ryan is fighting naked in one scene in “Deadpool” with actor Ed Skrein who plays Ajax. There are some very quick full front nudity shots among the fire and smoke. Reynolds says, “There should be more male nudity in movies. I'm just saying that because women are typically exploited in the worst ways…so I feel like you got to kind of even it out a little bit."
Reynolds said, “I’m the youngest of four boys so it’s not the first time I’ve fought another man naked in a burning building. Yeah, there’s a lot of me there. There’s nothing else, there’s nothing you can do just sort of grin and bear it go, ‘Alright guys, we’re all gonna really get to know each other today!” Indeed!


He has kissed guys on screen before. 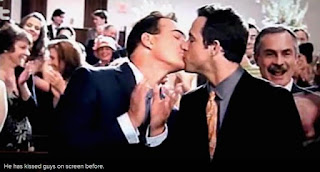 He falls in love and kisses a guy he first tried to beat up in the movie “Ted.”
In the movie “The Nines,” Reynolds played a character who is gay.
He even voices a gay chubby chaser making a pass at Peter Griffin in “Family Guy.” Ryan is shirtless and plays himself and when Peter says he isn’t gay, Ryan launches into a story about how he isn’t gay either, but in Hollywood, it’s all about feeding off of everyone’s energies. He says, “I thought our spirits could intertwine… like my spirit could go up inside your energy.”


He knows it would be groundbreaking. 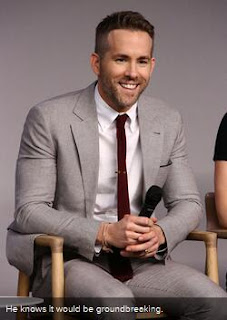