Bisexual College Women Are The Most Vulnerable To Sexual Assault 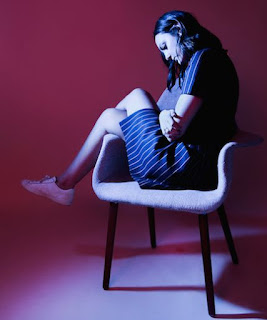 You've likely heard about the horrifying rates of campus sexual assault, and how one in four female students is sexually assaulted during her time in college. What you may not know is how the problem is compounded according to sexuality.

Drawing from surveys of 21,000 students at 21 schools, a new study published in the journal Violence and Gender indicates that bisexual women are more vulnerable to campus sexual assault than any other group of students, with nearly two in five experiencing it. That's compared with one in four gay and bisexual men, similar to the rate of heterosexual women, and one in eight heterosexual men. What's more, involvement in fraternities or sororities was shown to be strongly correlated with the likelihood of experiencing sexual assault.

"Sexual assault is a very underreported crime for a wide range of reasons, and it is underreported when it occurs on college and university campuses as well," Violence and Gender's editor-in-chief and forensic behavioral specialist Mary Ellen O'Toole, PhD, said in a statement. "To really understand the breadth and depth of this problem, it is critical to understand the victimology of sexual assault, and that it includes all students, not just heterosexual females."
With fewer and fewer young people identifying as straight and more identifying as bisexual, it's more important than ever to examine sexual identity's role as a risk factor for assault and abuse, and to call out stereotyping as a barrier to healthy, happy sex and love lives.

"Biphobia and bisexual erasure — leaving bisexual out of LGT discussions and spaces — make it difficult for folks who don't identify as monosexual [or attracted to members of one gender only] to form new relationships in the first place," Kate Estrop, co-founder of the Bisexual Resource Center, tells Refinery29. "Bi folks are seen as greedy, sex-driven, unable to form committed relationships, and prone at any moment to change their minds about their attractions."

Bi women are often viewed as "easy" or promiscuous, Estrop explains, which heightens both bi women's vulnerability to sexual assault and victim-blaming of bi survivors of sexual assault.

"[A survivor's] bisexuality is just another reason [people think] she should be blamed and offenders should be pitied as not being able to help themselves," Estrop points out. "The varied responses to Amber Heard's case against Johnny Depp is a prime example of this sickening phenomenon... Bi survivors of sexual violence should be reassured that neither they, nor their identity, is to blame."