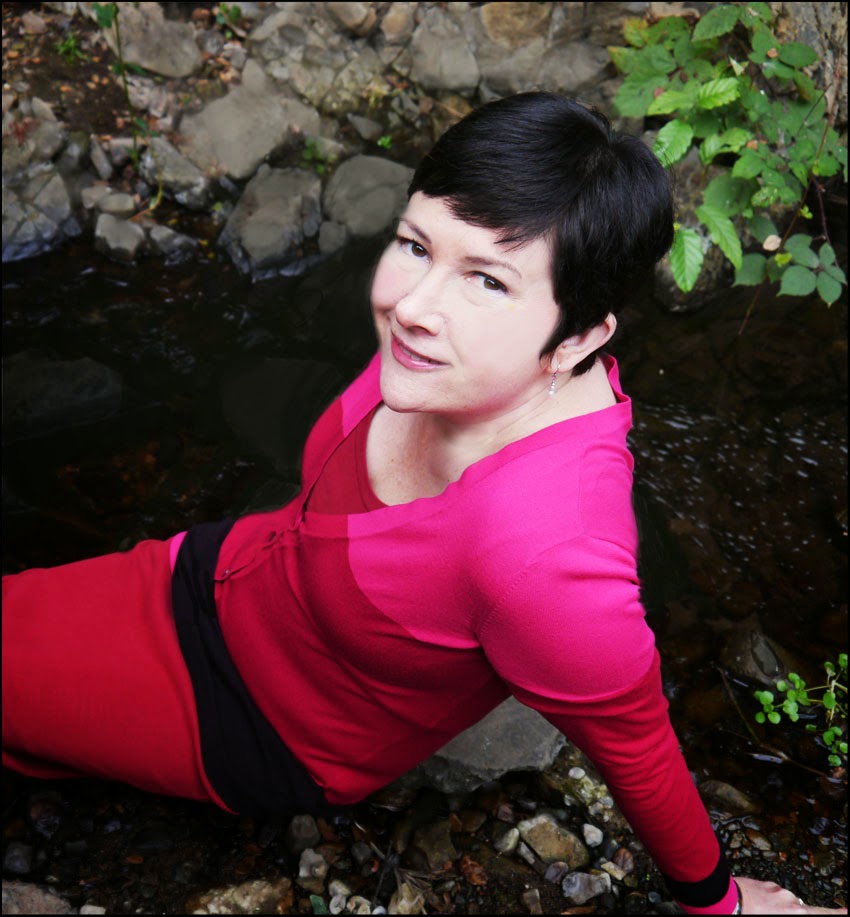 Here's the second in the series of "email interviews" with bi people over 50. There has been a lot of good reaction to this on social media, so many thanks! We are out there.

Each of these "interviews" is written by the individual concerned; the questions in bold come from me.


***
I'm Jan Steckel, 51, white, female, writer and former paediatrician. I live in a house in Oakland, California, USA, with my husband who is also bisexual.

How did you come to think of yourself as bisexual?
I’d had boyfriends since the eighth grade [aged 13] and assumed I was straight. Then, the summer before I turned 18, I sang in a band. I was falling in love with the lead guitarist, a man, when the drummer, a woman, asked me out. I made out with her that night and realized that I was bisexual, even though I ended up with the young man.

What does being bisexual mean to you?
It means I am sexually attracted to some people who are the same sex as I am and to some who are of a different sex from me.

Has this changed over the years, and if so, how?
Not much since I realized I was bi. It’s my gender identity that has changed instead. When I was a kid I thought I was a boy and that some mistake had been made. In college I wished I was a man. I was pretty dysphoric about my body’s curves, such as they were. I wanted the hard planes of a man’s body, and I wanted to love a man as another man. Almost all the fiction I wrote then was first person male, and my closest friends were male, too.

Now I’m comfortable with being female. As an adult, I was always more sexually attracted to women but had a tendency to fall in love with men. Since my recent menopause, I think I’ve become more attracted to women as well as to trans and nonbinary people and less attracted to men, though my attraction to my husband has remained constant.

What do other people in your life know about your bisexuality and how do they react?
Most people who know me know that I’m bi. I’m pretty out and loud about it, and have been for decades. Since my poetry book The Horizontal Poet won the 2012 Lambda Literary Award for Bisexual Nonfiction,  I pretty much lead my literary bio with that. One of my older female relatives told me angrily that by putting the fact that I was bisexual on the back of my book, I had disrespected my marriage to my husband, but most of my family has been pretty cool.

When I first came out to my mother, she was worried that if I ended up with a woman I wouldn’t have children, or my children would be screwed up. She got over that well before I was out of my childbearing years, I think, though in the end I didn’t have kids. My Dad was probably more uncomfortable at first than my Mom, but he’s pretty cool about it now. My brother’s always been fine about it.

It was definitely not cool, though, with many of my fellow physicians. That’s part of the reason I’m not in medicine anymore. Poets and writers are a lot more accepting.

My husband is bisexual, too, and it’s a pretty big part of our lives. We march every year in the bi contingent of the San Francisco Pride parade, and he hosts a social group called Berkeley BiFriendly where we met. We’ve both been published in bisexual anthologies and periodicals. I just had a short story come out in Best Bi Short Stories, and he has a painting being reproduced in a forthcoming anthology of work by bi men. Many of our friends are queer, so we get a lot of support from our community around it.

Looking back over your life so far, is there anything you wish you’d done differently?
I wish I had dated more women early on and had longer-lasting relationships with them. I was a little passive at first, waiting for people to pursue me instead of taking the initiative.

What about your hopes or fears for the future (regarding bisexuality)?
I belong to an online writing critique group where some jackass keeps attacking me every time I mention writing for bi periodicals or any honor I’ve got for bi writing. He accuses me of playing identity politics. My answer to that is that I’d be delighted not to need identity politics anymore. When discrimination against bisexual people goes away, then if people don’t want to label themselves according to their sexuality, fine. Until then I’m sticking to my label and making sure young people see plenty of bisexual characters in literature. I want young bisexually inclined people to see themselves reflected in what they read. I want them to have a peer group of other bisexual people, unlike me when I was coming up.

Any words of wisdom for younger bi people – or older ones?
Find a peer group of other bi people, even if it’s only online. Get support from them. Try to find a safe way to come out, even if it means moving to a city with a visible bi population.