Tom Daley, Olympic Diver, Comes Out as Bisexual: "I'm Dating a Guy and Couldn't be Happier" 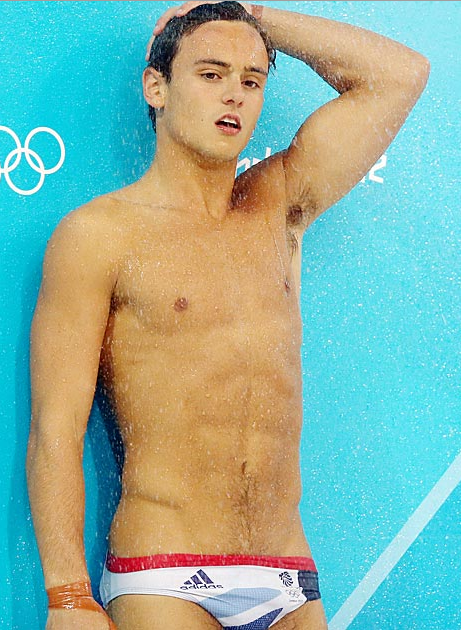 Tom Daley is opening up about his private life.
The British Olympic diver has revealed in a YouTube video that he is currently dating a man.
"In spring this year, my life changed massively when I met someone and they made me feel so happy, so safe and everything just feels great," the 19-year-old said. "And that someone is a guy. It did take me by surprise a little bit. It was always in the back of my head that something like that could happen, but it wasn't until spring this year that something just clicked. It felt right and I thought 'OK,' and my whole world changed there and then."

He added, "Of course, I still fancy girls, but right now I'm dating a guy and I couldn't be happier."
Daley explained that his decision to do the video and go public about something so personal stemmed from being misquoted in a recent interview.
"It made me feel angry," he said. "And for me, honesty is something I really do believe in, and I've always been honest."
Daley, who won a bronze medal at the 2012 Summer Olympics in London, concluded by saying, "I wanted to put an end to all the rumors, the speculation and just say it and tell you guys. It's what I want to do. My friends and family are always there to support me and I hope you guys can too.
"I'm still Tom. I still want to win a gold medal at Rio in 2016 for Great Britain. I'm still motivated to as ever to do that. I just wanted to make sure I got to tell you guys...I'm glad I got it off my chest."