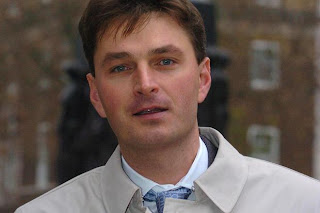 A Tory cabinet aide has become the first MP to come out as bisexual.

When he did so, the 41-year-old divorcee got a standing ovation from members, according to The Mail on Sunday.

Robert Osborne, the local party chairman, who was at the meeting, told the newspaper: "It was a very brave thing for Daniel to do and he did it with great aplomb.

"He received huge support from members of the association and there was never a shadow of doubt that he would.
"He made the announcement at the end of the meeting and we moved on straight away."

Mr Kawczynski told the Daily Telegraph he is delighted with the reaction and support from his local party, members of which had argued vehemently against same-sex marriage - which he himself voted for.

“They have been very supportive and kind, which obviously I appreciate greatly,” he said.

“It is very important to show the youngsters that it is perfectly acceptable and normal to be open about your sexual preferences. I have always been with women. Now, I have met a guy.”

Mr Kawczynski, who was born in Poland, split from his wife of 11 years in 2011.
Standing tall at over 6'8'', he is also a leading member of the Christian-based, right-wing group Cornerstone, most of whom are sceptical about gay rights and same-sex marriage.