What is Bisexual Behavior? 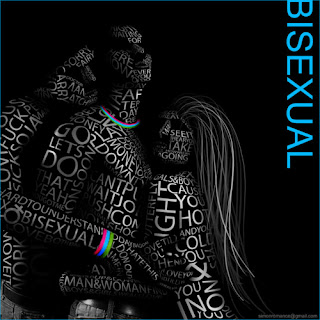 So, just what is bisexual behavior and how does it develop?

Also they are not people who, at one point in their lives, engage in sexual behavior with persons of one sex and then, at another point, engage in sexual behavior with persons of the other sex, although this pattern of sequential changes is sometimes called transitional bisexuality. Rather, bisexuals are people who are sexually attracted to persons of both sexes during the same general time period in their lives.
It is thought that people develop and experience bisexuality in a number of different ways. For some it begins as a form of experimentation that adds a spark to their sex lives, but it does not become the main arena of sexual activity. For others it is a deliberate choice to participate in whatever feels best at the moment.

Three particular sets of circumstances have been thought to be conducive to bisexuality:

2. Group sex is another avenue for bisexual experimentation.

3. Finally, some people adopt a bisexual philosophy as an outgrowth of a personal belief system. For instance, some women who have been active in the women's movement find they are drawn closer to other women by the experience and translate this closeness into sexual expression.

Men who are bisexual are likely to experience homosexual attraction and engage in homosexual experiences before they become aware of their bisexuality. For women, on the other hand, the trend is to experience heterosexuality first.

Although persons with a bisexual orientation do not fit simply into any one mold, there are a few patterns that may apply to many bisexuals. Some men and women seem to alternate their choice of sex partners randomly, depending on availability and circumstances. Some have committed relationships in this fashion, seeking a partner of the alternative sex when the current relationship ends.

Bisexuals usually discover their orientation later in life than either heterosexuals or homosexuals. The majority model the heterosexual lifestyle and drift into bisexual relationships without consciously thinking about it initially.
Most people who discover their attraction to the same sex try to deny their interest and attempt to fit in with the more socially acceptable heterosexual lifestyle for a while. Usually by adolescence there is increasing internal conflict about their sexual preference that may not be fully resolved until adulthood.
Because it is commonly thought that people are either heterosexual or homosexual, even by people with bisexual interests, these people seem to struggle for a longer period of time trying to conform to one lifestyle or the other.

It is common for people to be well into their 20s or 30s before accepting their bisexual orientation. Society's definitions of what is normal, appropriate, right and natural have an enormous influence on how bisexual people feel about their sexual orientation.

Alienation Common Among Bisexuals
Given the negative bias toward bisexuality, it is not unusual for women and men with a bisexual orientation to feel alienated from and oppressed by both the heterosexual and homosexual communities. For them, this can raise serious questions about their sexual identity. Bisexual people have problems similar to those that homosexual people have in "coming out" and making their orientation known to family and friends.

Jealousy, which can be a problem in any relationship, is particularly likely in a relationship in which one partner is bisexual. If both partners are bisexual the possibilities for jealousy may be even greater. The threat of such widespread competition can be very stressful to a couple that is not secure in their relationship.

There is much more to be learned about the nature of bisexuality and hopefully as bisexual people become more accepted in society, more scientific study will be conducted and contribute new understanding about bisexuality and bisexual behavior.