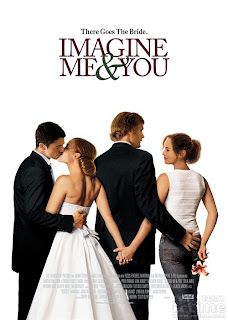 I recently reconnected with a former boyfriend of mine, and we chatted about this very topic. After all, a girl's gotta get a word in to help a guy formulate his opinion on the subject. We met at a local cafe to catch up.

So we were talking about what was new in our lives since we had ended our relationship, and he mentioned that he found me on the web, read my online profile and had some questions. Okay, I thought - this should be interesting.

After a few generally vague questions, he popped out with “So you’re bisexual?” I tried to read the visual cues from his expression. He seemed more curious than angry. So far so good. I answered, “Yeah.” As we continued to talk he expressed his feeling that by me being bisexual, he would feel inadequate for me; that I wouldn’t be satisfied with JUST him. I was shocked and thrown completely off. I didn’t understand what he meant.


I tried to explain to him that although I’m interested in women, I enjoy dick entirely too much. I would take having sex with a male over a female any day. I’m not necessarily gay, because I can never see myself just dealing with women. If I can have both a guy and girl at the same time, sure it would be great. And every time I have sex doesn’t have to be with a guy and girl. It could just be with a guy and I’m satisfied with that.

But if I’m in a committed relationship with a man I can be faithful and not want for a woman. My view of bisexuality means I COULD be interested in either a man or a woman - not that I HAVE TO ALWAYS have both. I think that would be far too complicated for a simple person like me. One serious relationship at a time, thank you very much. And marriage is a serious, long-term commitment to one person. I think the questions he should be asking are Can I trust her? Will she do things behind my back? Is she committed to me? Those are the key questions to determine if someone is marriage material in my book - not whether she's bisexual.

I agree - it does take a confident man to marry a bisexual woman. He may or may not be okay with his fiance having relationships with women, from time to time, during their life together. But of course, these things should be discussed and known way before the marriage proposal.

Whatever happened to trust? Trust is the main thing that holds a relationship together. What if the woman is open to sharing all of her experiences with the husband? Is it okay than? That's another question for the man to decide. If he knows that the girl on the side is just for fun, then what's the harm? He has to KNOW this girl, bisexual or straight, either way, he needs to be confident that he knows who she is, what she stands for and how devoted she is to HIM. These are the questions.

I don’t discuss this subject with other people. What do you think? This question about being marriage material really got to me. It made me look inside myself and wonder. Not a lot of people know that I’m bisexual and I don’t just share that information. I hope we bisexual women are able to get a word in edgewise to help educate people about what we are and who we are. It bothers me to know that I might not be considered marriage material just because I'm a bisexual woman.